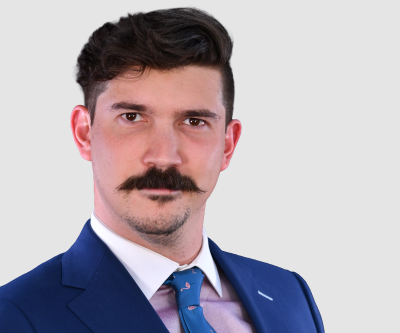 Grant Miller is an attorney at the Salt Lake Legal Defender Association (SLLDA). Mr. Miller has dedicated his legal career to protecting and vindicating the rights of people accused of a wide array of different crimes.

Mr. Miller attended the SJ Quinney College of law at the University of Utah where he was President of the Student Bar Association. He was awarded with the Pro Bono Initiative’s Certificate of Service for 2016-2017 for his volunteer legal service. He graduated in 2017 and was the student speaker at this graduation. He was admitted to the Utah State Bar and the Federal Bar later that year.

Mr. Miller began practice as a private criminal defense attorney in Park City. He specialized in clearing records by successfully litigating expungements and conviction reductions. After his time in private practice, Mr. Miller became a public defender with SLLDA in the misdemeanor division and moved up to the felony division after a year and a half. He has taken scores of trials to verdict in both the District and Justice Courts during his time at SLLDA. He has won jury acquittals on a wide array of cases, ranging from assault, to DUI, to felony weapon possession.

Mr. Miller is currently the incoming president of the Young Lawyers Division of the Utah State Bar. He also represents Utah at the American Bar Association YLD House of Delegates. He is the former director of the Wills For Heroes program in Utah. He is a volunteer expert at the Salt Lake County’s Expungement Day and is a mainstay volunteer attorney at the Pro Bono Initiative’s expungement clinic. He serves as a board member on the SJ Quinney College of Law Young Alumni Association. He was also a candidate for Salt Lake City Council in 2020.

Before becoming an attorney, Mr. Miller played trombone and was a touring and studio musician. He began by playing with local ska bands and then ultimately joined the indie-folk combo L’anarchiste, which received mainstream critical acclaim from NPRs Weekend Edition, The Wallstreet Journal, and Paste Magazine. They were City Weekly’s “Band of the Year” in 2013.